Shaken, Not Stirred: Martinis for Every Occasion Looking for a classic cocktail? Look no farther than a perfectly chilled, perfectly balanced Martini. From Cary Grant and Ernest Hemingway to Dorothy Parker and President Franklin Delano Roosevelt, icons throughout history have been photographed, recorded, and written about with Martinis in hand.

With exactly two ingredients (gin or vodka and vermouth), this elegant but simple cocktail is a sure winner. And, with hundreds of possible variations in both garnishes and additional ingredients, there’s a perfect Martini out there for everyone.

While the original Martini was concocted with roughly four parts gin to one part Martini & Rossi sweet vermouth (hence the capitalized cocktail name), by the mid-twentieth century vodka variations were also common, including a version with dry rather than sweet vermouth (a dry Martini). Both spirits create an elegant and timeless cocktail, and it comes down to personal taste; gin leads to a more complex, botanical flavor, while vodka is a bit smoother. Search the web today and you’ll find variations with everything from tequila to Rosé wine.

The typical garnishes are a twist of lemon or olives, but really the sky is the limit here: fruits, pickled vegetables, chocolate? It’s up to you. Looking for a dirty Martini? Add a few spoonfuls of olive brine. Read on for some of our favorite recipes, and don’t be afraid to experiment on your own!

P.S. Unless you’re James Bond, there’s nothing wrong with a stirred Martini; the consistency is just slightly different than that of a shaken Martini. Both methods serve to cool down the cocktail, and stirred Martinis are actually much more common. Either way, we recommend serving your Martinis “up” (no ice) so that the flavor isn’t diluted. Ready to make your own Martinis? Check out some of our staff’s favorite gins, vodkas, and garnishes below!

As always, New Castle Liquors’ staff members are here to help with recommendations for low-calorie drinks or whatever you need! New Castle Liquors is located just off I-70, exit 105, in beautiful New Castle, Colorado. 2018, 2019 and 2020 Locals’ Choice Award winner! 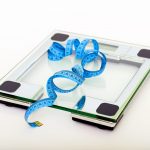 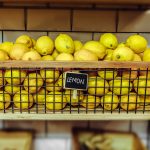 Cheers to That! Drinks with Potential Health BenefitsRecipes, Spirits, Uncategorized
Skip to content