As we head into the heat of summer, few things sound as refreshing as a good Piña Colada, Daiquiri, or Mojito as you float around in the pool. And what do all of these delectable drinks have in common? Rum!

This versatile liquor — first distilled in the Carribbean in the 1600s — is less regulated than spirits such as Bourbon, Scotch and Tequila, resulting in a huge range of flavors and creative varietals. While most Rums are distilled in the Caribbean, specific varieties are created around the world, such as cachaça from Brazil or rhum agricole from the French territories. Regardless of their geographical origin, all Rums are distilled from sugar, whether it be cane syrup, sugarcane juice, or molasses. The result is a sweet, toasted sugar flavor that can be great both for cocktails and for sipping depending on the variety. Many are aged in barrels previously used to produce Cognac, Bourbon, Scotch, or Sherry, adding unique flavors of vanilla, honey, and fruits to the spirit. Keep in mind that those produced in tropical regions react with the barrels more quickly than those in colder climates, so the age alone isn’t enough to determine its quality.

Now, let’s dive into some of the most common categories of Rum to get you on your way to summer sipping!

It’s also known as white or silver Rum. Lighter bodied with a subtle flavor, this is often the most affordable variety. It’s aged for a year or less in stainless steel containers and is great for cocktails. Try it in a classic Daiquiri with rum, fresh lime juice, and simple syrup.

It’s also known as amber Rum. This variety is aged for three or more years in oak casks, leading to slightly more complex flavors and a golden color. It’s also great for cocktails, although some varieties are great for sipping. Try it in a refreshing mint and lime Mojito!

Aged five or more years in charred barrels, dark Rums offer rich and complex flavors. Many are worth sipping by themselves, but you also can’t go wrong with a Dark and Stormy featuring dark rum, ginger beer, and lime.

A more recent invention, spiced Rums are infused with spices such as cinnamon and nutmeg, enhancing the flavors often brought out during the barrel aging process. They’re perfect for crafting a delicious Rum Punch — check out this recipe from Captain Morgan featuring lots of fresh fruit juice!

Whichever variety of Rum you are interested in trying, we are happy to make recommendations! For even more Rum cocktail ideas, check out this blog.

New Castle Liquors is located just off I-70 exit 105 in the New Castle Plaza, nine miles west of Glenwood Springs. We’re right on the way to the Flat Tops, Rifle Gap and Harvey Gap. We’re open 8 a.m. to 10 p.m. Monday through Saturday, and 9 a.m. to 7 p.m. Sunday. 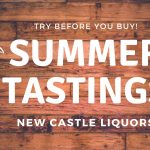 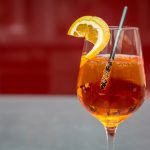 Spritz Up Your Summer With Aperol CocktailsRecipes, Spirits, Uncategorized
Skip to content