From Frank Sinatra and Margaret Thatcher to Don Draper and Ron Burgundy, whiskey and its many varieties have been the go-to liquor for countless iconic figures—both real and fictional—throughout history. The popular spirit, which gets its distinctive taste and brown color from the oak casks in which it is aged, is created from fermented grain mash—including barley, corn, wheat or rye, depending on the variety. You’ll find an excellent selection of all three at New Castle Liquors.

Whiskey, with an “e,” is typically produced in the United States or Ireland, while many distillers elsewhere opt for the “whisky” spelling. Because it is made all over the world via a variety of different processes, significant diversity exists between the subsets of whiskey, which we’ll explore below.

Originating from the “Old Bourbon” region of Kentucky, this variety of whiskey requires a grain mash that is at least 51 percent corn (the remainder can include wheat, rye, or barley). Additionally, it must be aged in new charred-oak containers, which provide a slightly smoky flavor, and cannot contain any additives. Rather than best practice, these strict requirements are in fact mandated by law, dating back to the Bottled-in-Bond Act of 1897 when distillers sought to establish quality standards within the industry. Today, the standards for producing a true bourbon remain stringent. Check out the video below for additional information on the specifics of bourbon or this explanation between Bourbon vs. Whiskey. How to Drink It: Try it in a Brown Derby with fresh grapefruit juice and honey syrup. Garnish with a wedge or twist of grapefruit and enjoy!

Scotch whisky (no “e”) is distilled and matured in—you guessed it—Scotland. Similar to bourbon but more intense in its flavors, scotch is produced using predominantly malted barley, which is dried over peat fires to provide rich, smoky flavors. At minimum, Scotch is aged for three years in oak barrels, but the number after the name tells its true age; many of the best scotches have been aged for much longer.

How to Drink It: Because of its distinctive flavor, Scotch lovers typically order it neat (no ice) or on the rocks rather than in a cocktail. If that’s not your style, though, you can find some fantastic Scotch cocktails here. Rye whiskey can refer to two varieties of the spirit: (1) an American whiskey distilled with at least 51 percent rye (a grass in the wheat family that is closely related to barley); or (2) Canadian whisky which might not actually include any rye.

American rye whiskey, like bourbon, is strictly regulated and must be aged in new charred-oak barrels. While flavors vary widely depending on the exact combination of grains, rye whiskeys are often bold and spicy. Find a unique history of rye whiskey here. Canadian ryes, on the other hand, are typically light and smooth.

How to Drink It: Try a Rye Old Fashioned with simple syrup, Angostura bitters, and a garnish of lemon or orange peel.

Now that you’re an expert on the varieties of whiskey, read these tips on tasting whiskey like a pro and then give it at try! Stop by New Castle Liquors at 820 Castle Valley Boulevard, just off I-70 exit 105. We’re open 9 a.m. – 9 p.m. Monday through Thursday, 8 a.m. to 10 p.m. Friday and Saturday, and 9 a.m. to 7 p.m. Sunday. Follow us on Facebook for new product announces, drink recipes, contests and more. 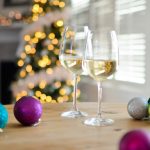 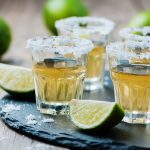